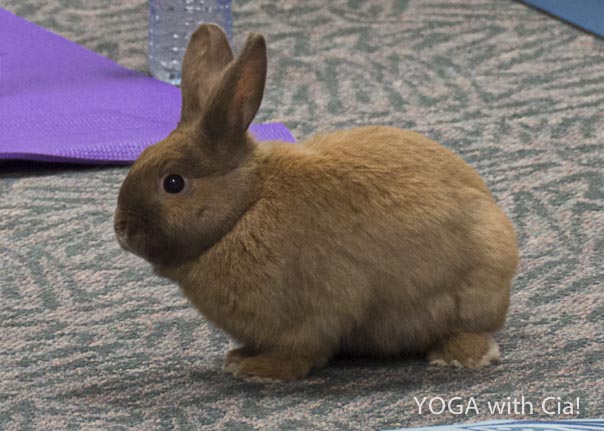 A number of bunny rabbits attempted to overtake a yoga class at Dalhousie’s Student Union! A large group of exam stressed students had gathered to stretch, strengthen and unwind with some gentle yoga… then a number of bunnies were somehow unleashed upon the yoginis! Bunny wranglers were alerted and attempted to gather up the little critters, however the dulcet tones and calm demeanor of the yoga instructor, Cia Tweel, somehow managed to keep the situation under control… and actually created a very pleasant and fun experience. Everyone left rested and relaxed, feeling better for having attended. The bunnies were wrangled and none were hurt in the experience, however, it’s rumoured that some attendees did settle together afterwards, to discuss the situation… over a big bowl of stew!
The evening was a collaboration of Dalhousie’s Student Health and Wellness in conjunction with YOGA with Cia! and a fundraiser for a local rabbit rescue. The incident occurred on the evening of February 27th. at Dalhousie University, Halifax. 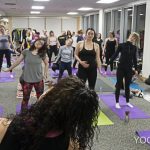 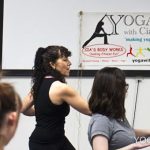 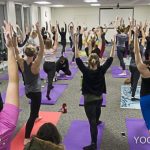 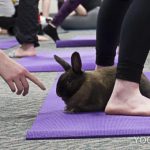 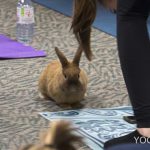 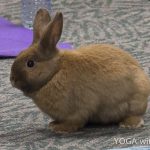 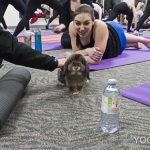 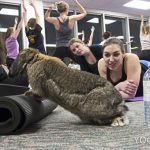 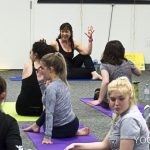 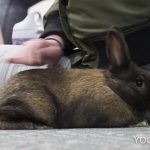 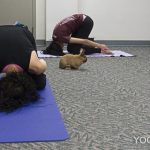 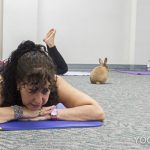 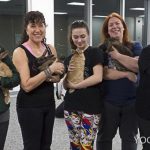 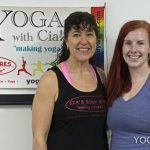